The KRA committee met on Wednesday 16th January. Here are the minutes from our meeting. 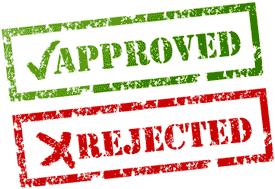 UPDATE (29th January 2019): Unfortunately, we have been unsuccessful in our request for SCC to install a zebra crossing as part of these road changes. It seems that once the changes are made we will then need to decide how significant an error it was, and we can then apply for changes through the SCC and WBC Joint Committee. Extra time, money and paperwork for a project that has already been going on for years. Well done SCC!

UPDATE (23rd January 2019): Cllrs Harlow and Whitehand and the KRA are pushing for inclusion of a zebra crossing in these plans, and so far these requests are being met with resistance on the part of SCC. It seems they would rather see a demonstrable need for the crossing first before spending the money (ie. let’s let someone get knocked down before we address the issue, rather than do something to prevent that from happening in the first place!). We will keep you updated as we know more. In the meantime, the contact details to get in touch with SCC on this matter are below.

Surrey County Council and Woking Borough Council have published detailed plans for changes to the Vyne car park and the roundabout on Redding Way, at the junction with Broadway, next to the Vyne community centre. The plans for the SCC changes to the roads can be viewed at the Knaphill library and the residents have until the end of January to comment. Comments should be directed to:

The first task is for WBC to make changes to the Vyne car park and this should commence in February this year. The work will include closure of the existing car park entrance in Redding Way (we assume this means the entrance on Broadway), and the merger of the two separate sections of the car park, rearrangement of the parking bays as well as the introduction of speed humps and signage. This will require the car park to be renamed Alexandra Gardens Car Park as the only vehicular entrance and exit will be via Alexandra gardens. Pedestrian access will be maintained from the car park to the Vyne Centre.

The second phase is work to be carried out by Surrey County Council, basically to remove the old bollards and open the road up for all traffic. There will be a weight limit on vehicles of 7.5  tonnes. Some land currently included in the grounds of the Vyne will be used to widened the entrance to the roundabout so that buses can enter the roundabout without crossing the opposite lane. SCC will also fit a road table which will extend across the full width of the road where the Broadway meets the roundabout.

A roundup of some of the latest planning activities in our village:

For more details on these take a look around our website, and visit the WBC planning portal here.

If you’ve not got time to pop along to one of our monthly meetings, then you can click here to take a look at what was discussed. If you can spare and hour a month, then please do pop along! We are a very friendly bunch and always welcome new faces.

Is there anybody out there who hasn’t read the local press in the last week or two and doesn’t know about the Garibaldi pub’s awards?!  Well, just in case…  it was the justified winner of the Woking Best Bar None Award, Asahi UK Best Local Responsiblility Award and Best Local Pub Award.   So, not only Cheers at the Gari, but Three Cheers for the Gari!

And following nicely on from that, we’ve just seen that the Gari’s traditional carol evening will be taking place on Wednesday 19th December, so pop that in your diary and come and  join the merry throng tra-la-la-ing and enjoying a glass of mulled wine or cider and a nice warm mince pie!

In case you missed the article in the local press recently….fundraisers at “the Gari” have raised more than £20,000 in aid of the White Lodge Centre, Chertsey and Woking & Sam Beare Hospice.  Most of the proceeds were raised by the 60 cyclists who participated in this year’s Downslink Challenge in June, and was topped up by a fun day at the pub.  Trident Honda in Ottershaw was the event sponsor for the third year running, and Managing Director Richard Roberts and his team lent the necessary support.  White Lodge’s Mike Hey and Woking & Sam Bear’s Alice Windsor were unstinting in their thanks and appreciation for the generous donations which enable them to carry  out their vital work, so well done one and all!

Click here to view the minutes from our KRA committee meeting which took place on 25th September, 2018.

Further to the below article, the KRA are thrilled to say that the Planning Inspector dismissed the appeal by the Thamesway agents and stated in summary “For the reasons given, and having regard to all other matters raised, including by local residents and other third parties, the appeal is dismissed.” A small victory for Knaphill environment and anyone who believes that housing should be a fair size and with reasonable parking.

Binkot, Englefield Road, Knaphill GU21 2EB: This is the land behind the Co-op and opposite the entrance to the car park. (Binkot is the name of a bungalow that stood on this site many years) In 2017 Thamesway Developments submitted a planning application build 4 three bedroom houses on the site. Planning permission was refused by the Planning Officer using his delegated authority, this meant that the planning application did not go before the Planning Committee and therefore local Councillors did not offer an opinion. The decision was taken on 12 March 2018, with the following excerpt:

The scale of the proposed dwellings, the proposed plot layout and restricted internal floor area, the Unduly cramped and contrived form of development and uncharacteristically small and irregularly shaped plot sizes which would fail to provide acceptable residential amenity for potential future occupants of the development. Furthermore, the proposed dwellings by reason of their overall height, mass, form, appearance and resultant relationship with Englefield Road would visually dominate the area and fail to relate well to surrounding buildings in the sites context.

There was also an issue with the inadequate off-street parking being provided.

We have now heard that Thamesway have appealed and a Planning Inspector will now decide. Thamesway have submitted a 32 page report outlining why they disagree with the decision of the planners at WBC.

An excerpt from the Thamesway Agents appeal:

The commercial unit in question would appear to be a small local Co op which is likely to receive a few deliveries from a central depot. Given the Co-op’s loading bay’s location it is unlikely that deliveries are received into this yard rather an early morning delivery is taken from the High Street through the shop and the yard is used for storage of empty cases.

Whilst car ownership is predicted to be relatively low, evidence on the form, of parking surveys has demonstrated that more than adequate parking is available in the local area to cater for any demand for parking for residents.

Thamesway Development is wholly owned by Woking Borough Council and 3 of the 4 directors of Thamesway  are either senior officers at WBC or a Conservative councillor.

The KRA have written a letter of objection to this proposal.

This application can now be found at PLAN/2018/0973 on the WBC planning website.

The KRA have been contacted by the Sainsbury’s estate management department to make us aware of plans they are currently working on to redesign the retail units housing Homebase. Sainsbury’s are the freeholder for the entire Sainsbury’s Brookwood site, including Homebase, the car park and the loading bay area in the rear. The plan is to change the current Homebase space, including garden centre into three new retail units which would be large format stores and open plan. They have contacted us prior to submitting a planning application to Woking Borough Council. Here is a look at the plans and an excerpt from their letter.

The roof of the existing Homebase building would be slightly raised to accommodate a mezzanine level. The building would be divided into two new stores, with the garden centre replaced by a third unit to match the newly renovated building. A new entrance canopy would be constructed along the front of the retail units and glazing would be installed to provide a better shopping environment and a more attractive appearance.
The new units would be larger, open-plan units that would attract retailers who cannot currently be accommodated within the local area. As such, this would complement the existing retail offer in Knaphill and provide enhanced choice for local people. We will announce the new retailers once they have been confirmed.
The existing car park has enough spaces to serve the new development and would therefore largely remain as it is currently, with a small increase of 7 car parking spaces. Deliveries would continue to be made to the covered service yard to the rear of the buildings and within the current delivery hours.

Homebase has released a list of stores which are due to be closed, but so far Homebase Woking does not feature on there, so at the moment it is unclear what the future may be for the store.

If you’d like to get in touch with Sainsbury’s directly to discuss this then call 0800 080 3164 or email sainsburys-brookwood@devcomms.co.uk

Here are the minutes from the latest KRA committee meeting, so to find out what we’ve been discussing, simply click below and have a read. Don’t forget, you can always come along to discuss something with us, or find out more about getting involved (and don’t worry, you won’t end up volunteering for more than your comfortable with).