First the good news – the idea of constructing a new footpath from the Northwest corner of the proposed estate, around Graindstone Handle Corner, appears to have been dropped. New amended plans went on line on 9th July with the proposed footpath has been removed. The amended plans show changes to the sport facilities at the south end of the development area, more on that at later date.

As reported earlier the County’s Highways Authority have stated since 2004 that any development on Brookwood Farm with a single road access could only accommodate traffic from 200 dwellings but WBC and Cala Homes seem determined to continue with their outrageous plan to build 297 dwellings. Last week it came to our notice that the idea of a second vehicle access road was back on the table. The idea is that a vehicle access road could be constructed from Coresbrook Way into the estate. Such a new access would allow residents from the Farm to access the estate via Sparvell Road or Oak Tree Road.

You will not find this proposed new vehicle access on the amended plans because if the developer and WBC proposed a second road access at this point in time it would require a full public consultation. So if they adopt the idea it will probably be a condition to develop, introduce through the side door. We will not know if this is what they plan to do until the Planning Officers report is presented to the Council’s Planning Committee. 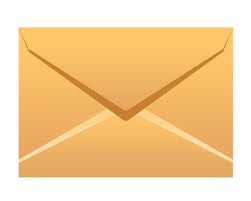 Attached to this brief report is a copy of a letter the KRA has sent to the leading Councillors involved with the development, in our conclusion we have asked the Councillors to meet with local residents before the plans are presented to the Planning Committee.

For those of you that haven’t seen any plans yet, I’ve included the overall plan here. It gives you a very good idea of scale and clearly shows the increased density of building.

A final question for all you planning gurus – Has some of the development now encroached into defined greenbelt ? This map shows the greenbelt boundary and if you refer to the plan above it certainly looks as though it has…

And finally, James Hutchison has replied to a few additional questions –

Dear Mr Stubbs,
In response to your queries on the amended plans I can confirm that the nature of the use of the sports pitches has not been changed. You will note that the pitches remain of the same size and will be for the same use.
The pavilion has been relocated to the south of its original position and re-orientated to front onto the pitches in accordance with best practice for the provision of recreational facilities. You are also correct in noting that there are some additional parking spaces provided to serve the recreational facilities.
An additional feature with the sporting facililties is the introduction of a non-lit MUGA (multi-use games area), which will be sited on the eastern side of Pitch 2. The allotments have been removed from the proposal and the applicant has commited instead to meeting this requirement through a planning contribution that can be used to improve and increase facilities at an existing allotment site.
The sporting facilities do not fall within the safeguarded housing site and are therefore subject to Green Belt policy.
I trust this answers your queries.
Regards,
James Hutchison MRTPI | Senior Planner