Posted on 7th May 2019 by webknaphill 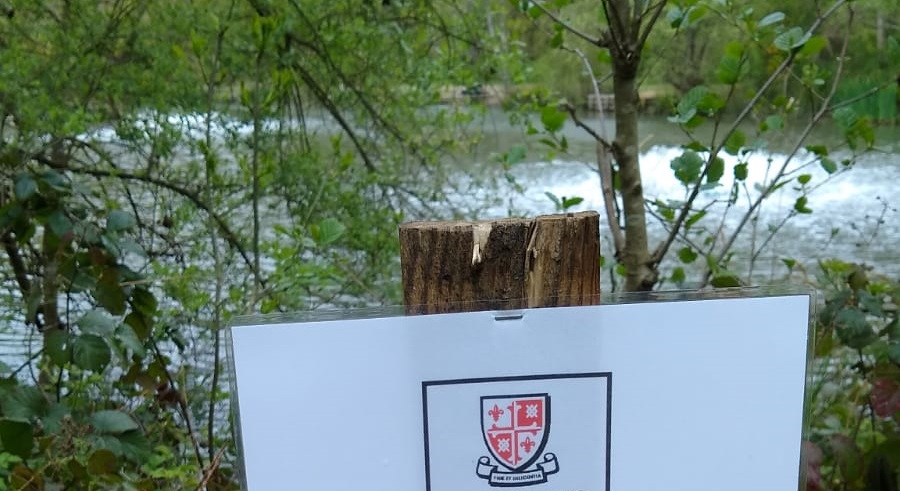 Did you visit Brookwood Country Park last week and notice a couple of large pumps going in one of the fishing ponds, and wonder what was going on?!

Well we got in touch with Goldsworth Park Angling Club who manage the ponds, and who had put up the notices, to find out a little bit more. Here’s what they said:

On Wednesday 24th April we noted a sudden change in water colour from the normal brownish to a grey/brown and some fish mouthing the surface suggesting an oxygen problem.

The Environment Agency were contacted and were on site within the hour taking dissolved oxygen tests, which proved to be dangerously low at only 15%. At this point Thames Water were called out, aerator pumps were deployed and water samples taken.

It would appear that something nasty got into the pond through the drainage pipes.

Only a handful of small fish have died and the dissolved oxygen level, thanks to the pumps, is at a safer level. We are also given to understand Thames Water brought in camera crews to investigate all the drain pipes for possible sources.

A few days later Thames Water have confirmed that all is now ok and the problem has been solved, however under data protection they will not provide any further information, but to get back in touch if anything unusual happens again.

So, the answer is that we don’t know what was causing the problem, but that it seems to be better now. Fishing has recommenced, however perhaps dog owners might want to exercise caution over letting their dogs swim or drink from that pond for the time being, purely as a precaution.

A big apology to the residents of Percheron Drive who had to tolerate the noise of the pumps and generators running 24hours a day during that time.

Note: the site owners are Thames Water, and only pond number four (not ponds 1, 2 or 3) were affected.