Surrey Police is appealing to local residents for help – Did you see a serious daytime assault in Sythwood Park? 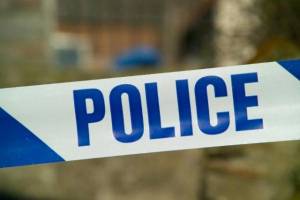 Surrey Police is appealing for anyone who may have seen a serious assault on a young couple in the Sythwood Park area of Woking to contact officers with any information they might have.

The assault happened at around 5pm on Wednesday, 6 October when an 18-year-old student and a 15-year-old girl were making their way across the football pitch in Sythwood Park. A group of youths in the park attempted to kick a beer can at the couple and verbally abused them as they passed by. One member of the group pulled the girl’s school bag from her shoulder and tipped out its contents onto the ground, urinated on the bag and then set fire to it.

The schoolgirl’s boyfriend phoned police and following this activity two of the gang set upon the victim, punching him to the face. The teenager fell and the suspects continued to punch and kick him on the ground. The victim’s girlfriend tried to pull the offenders away but was then attacked herself and was pushed down to the floor.

Cara Jowett investigating said: “This was a totally unprovoked attack in broad daylight on a young couple who were just going about their everyday business, making their way home after school. It was a vicious assault which led to serious facial injuries and Surrey Police will not tolerate this type of brazen violence in our neighbourhoods.

“I am asking anyone who may have been in the vicinity at the time of this despicable offence to contact officers with any information – there are a number of local people who use the area for dog walking and there may well have been people in the locality who use the route to walk home at the end of their working day.”

Two 17-year-old youths from the Woking area are currently on bail pending further enquiries. They are due back to report back at Guildford police station on Thursday, 4 November 2010

← Sunday 17th October – The Steam Trains and Fair Organ Oktoberfest at Mizens, Knaphill
Knaphill Care are recruiting a new Secretary to the Committee – Volunteers are invited to get in touch →